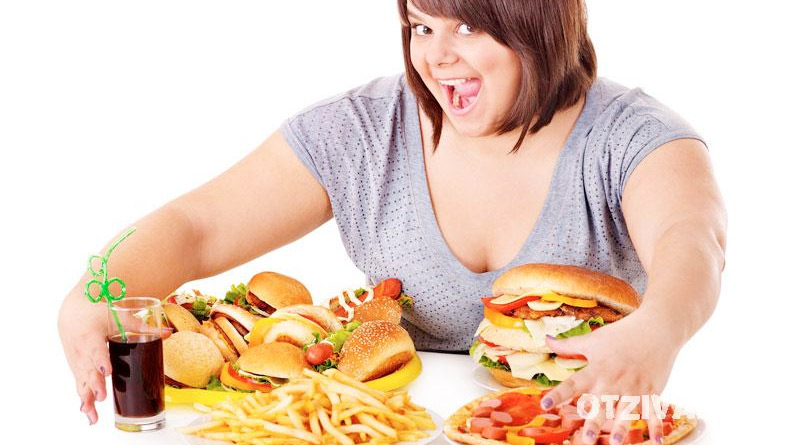 Healthy Food
fast food | weight gain
Contents hide
1. Do make you obese for staying and working beside fast food shops?
1.1. Must Read: 5 Simple Steps to an Effective Pregnancy and Weight Gain Strategy
2. Group most exposed to fast food had higher BMI
2.1. Must Read: Open the Gates of Mediterranean Diet to Control Your Diabetes
3. Fast facts about fast food

Below is an interesting study on the impact of food choices based on the amount of fast food outlets in the study participants work and home environments. I certainly believe that there are factors which create obesegenic environments which include the ever increasing amount of fast food outlets, and anything we can do to decrease the amount of high fat/sugar options is a good thing. But equally, there are many people who live in the same environments who are not affected by their surroundings.

So what then makes one person make poor food choices when compared to another? I think we need to look deeper into what drives the behaviors and choices of people and how we can make changes at the behavioral level so that regardless of what environment they live in, they are able to make healthy, long term changes and choices.

Do make you obese for staying and working beside fast food shops?

It may seem like an obvious association: exposure to fast food restaurants and likelihood of obesity. But researchers whose study revealed these findings say the link shows evidence of a “dose-response relationship” and could have implications in the wake of the increasingly worrisome public health issue that is obesity.

Publishing their work on bmj the researchers, from the University of Cambridge in the UK, say people exposed to fast food establishments around their home, at work or during their commute are much more likely to consume such foods.

In the UK, consumption of food outside the home has risen by 29% during the past 10 years, the researchers say. They add that this could be contributing to rising numbers of overweight and obese individuals.

Must Read: 5 Simple Steps to an Effective Pregnancy and Weight Gain Strategy

According to the Centers for Disease Control and Prevention, between 2007 and 2010, adults in the US consumed an average of 11.3% of their total daily calories from fast food, a known contributor to weight gain.

The researchers say that though policies have focused more on this topic in the recent past, identifying the link between exposure to unhealthy foods, diet and body weight has been a challenge.

To investigate further, the team examined how exposure to fast food outlets in both home and non-home environments was linked with eating such food, body mass index (BMI) and the chances of being overweight or obese.

By using data from a population-based cohort study, called the Fenland Study, the researchers were able to assess adults between the ages of 29 and 62 who lived in Cambridge shire in 2011. In total, 5,442 participants took part in the study, all of whom worked outside the home.

Group most exposed to fast food had higher BMI

Along with including food shops in home and work neighborhoods, the researchers say their study incorporated fast food shops along commuting routes, which were fashioned according to how individuals traveled.

There are several factors associated with obesity risk that the analysis included, such as age, sex, household income, education, car ownership, energy intake, smoking status and physical activity. The team notes they objectively assessed physical activity through the Fenland Study by using heart rate sensors and accelerometers, which the participants wore.

Additionally, the researcher’s estimated daily intake of pizza, burgers, fried food and French fries as a marker of fast food after analyzing the food frequency questionnaires, and they calculated BMI from measured height and weight.

Overall, the study participants were exposed to 48% more fast food establishments at work, compared with at home, and the average total exposure level was 32 fast food shops.

Though their findings are significant, the researchers say this type of population study cannot confirm that there is a causal link between obesity and environment.

However, they say they found an “environmental contribution to the consumption of takeaway foods, and especially to BMI and the odds of being obese.”

Must Read: Open the Gates of Mediterranean Diet to Control Your Diabetes

There were also some limitations to the study. For example, they used a 1-mile radius to represent home and work neighborhoods, but they add that neighborhood definitions vary from person to person or between work and home.

Additionally, they say fast foods can be bought from other types of shops – for example, cafeterias at work – and they did not control for these types of food sources.

Finally, the team notes that they did not know how long the participants had been exposed to the environments used in the study, so this adds a further limitation to the study. Still, the researchers say their findings suggest that policies aimed at improving diets by limiting fast food availability would likely be most effective if centered on workplaces.

The keto diet plan helps individuals reach their weight loss goals by following a low carb, high fat diet. This plan will help you shed excess fat, improve your health, and help you control your appetite. And you know the best part? You can enjoy delicious, satisfying meals that are easy to prepare!

How to get pregnant quickly and naturally: 11 scientifically proven tips

How to Get Rid of Back Pain during Pregnancy

Dental abscess the right reflexes to relieve yourself

5 yoga poses to do in bed to fall asleep quickly

Weight loss 8 healthy foods to always have in your kitchen

Fast weight loss: the best diets according to the experts

F-Factor Diet what is this method that promises lasting weight loss worth?

Does Cutting Out Alcohol Really Help You Lose Weight?

Why Losing Weight on a High to Full Raw Vegan Diet is so Easy and Fast!